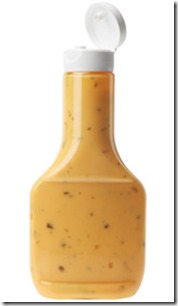 Unhealthy foods are the main reason the world is fatter and sicker than ever before.

Surprisingly, some of these foods are considered healthy by many people.

Here are 15 “health foods” that are really junk foods in disguise.

The “war” on saturated fat is the biggest mistake in the history of nutrition.

It was based on weak evidence, which has now been completely debunked .

When this started, processed food manufacturers jumped on the bandwagon and started removing the fat from foods.

But there’s a huge problem… food tastes horrible when the fat has been removed. That’s why they added a whole bunch of sugar to compensate.

Saturated fat is harmless, but added sugar is incredibly harmful when consumed in excess.

The words “low-fat” or “fat-free” on a packaging usually mean that it is a highly processed product that is loaded with sugar.

The problem is that they often don’t taste very good on their own.

That’s why many people use dressings to add flavour to their salads, turning these bland meals into delicious treats.

But many salad dressings are actually loaded with unhealthy ingredients like sugar, vegetable oils and trans fats, along with a bunch of artificial chemicals.

Although vegetables are good for you, eating them with a dressing high in harmful ingredients will totally negate any health benefit you get from the salad.

Make sure to check the ingredients list before you use a salad dressing… or make your own using healthy ingredients. 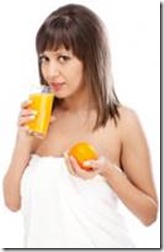 A lot of people believe fruit juices to be healthy.

They must be… because they come from fruit, right?

But a lot of the fruit juice you find in the supermarket isn’t really fruit juice.

Sometimes there isn’t even any actual fruit in there, just chemicals that taste like fruit. What you’re drinking is basically just fruit-flavored sugar water.

That being said, even if you’re drinking 100% quality fruit juice, it is still a bad idea.

Fruit juice is like fruit, except with all the good stuff (like the fiber) taken out… the main thing left of the actual fruit is the sugar.

If you didn’t know, fruit juice actually contains a similar amount of sugar as a sugar-sweetened beverage.

Most “whole wheat” products aren’t really made from whole wheat.

The grains have been pulverized into very fine flour, making them raise blood sugar just as fast as their refined counterparts. 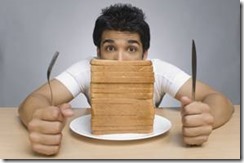 In fact, whole wheat bread can have a similar glycemic index as white bread

But even true whole wheat may be a bad idea… because modern wheat is unhealthy compared to the wheat our grandparents ate.

Around the year 1960, scientists tampered with the genes in wheat to increase the yield. Modern wheat is less nutritious and has some properties that make it much worse for people who are intolerant to gluten

There are also studies showing that modern wheat may cause inflammation and increased cholesterol levels, at least when compared to the older varieties

Whereas wheat may have been a relatively healthy grain back in the day, the stuff most people are eating today is best avoided. 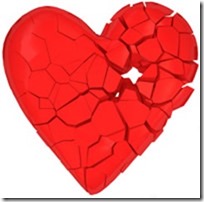 There are certain nutrients called phytosterols, which are basically like plant versions of cholesterol.

For this reason, they are often added to processed foods that are then marketed as “cholesterol lowering” and claimed to help prevent heart disease.

However, studies have shown that despite lowering cholesterol levels, phytosterols have adverse effects on the cardiovascular system and may even increase the risk of heart disease and death 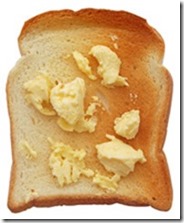 Butter was demonized back in the day, due to the high saturated fat content.

Back in the day, margarine used to be high in trans fats. These days, it has less trans fats than before but is still loaded with refined vegetable oils.

Margarine is not food… it is an assembly of chemicals and refined oils that have been made to look and taste like food.

Not surprisingly, the Framingham Heart Study showed that people who replace butter with margarine are actually more likely to die from heart disease

If you want to improve your health, eat real butter (preferably grass-fed) but avoid processed margarine and other fake foods like the plague.

Recommending trans fat laden margarine instead of natural butter may just be the worst nutrition advice in history. 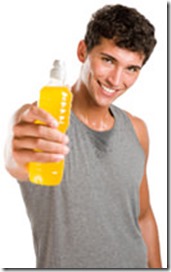 Sports drinks were designed with athletes in mind.

These drinks contain electrolytes (salts) and sugar, which can be useful for athletes in many cases.

However… most regular people don’t need any additional salts, and they certainly have no need for liquid sugar.

Although often considered “less bad” than sugary soft drinks, there really is no fundamental difference except that the sugar content is sometimes slightly lower.

It is important to stay hydrated, especially around workouts, but most people will be better off sticking to plain water. 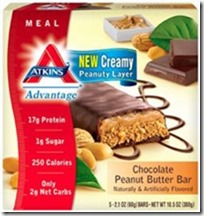 Low carb diets have been incredibly popular for many decades now.

In the past 12 years, study after study has confirmed that these diets are an effective way to lose weight and improve health

However… food manufacturers have caught up on the trend and brought various low-carb “friendly” processed foods to the market.

This includes highly processed junk foods like the Atkins bars. If you take a look at the ingredients list, you see that there is NO real food in there, just chemicals and highly refined ingredients.

These products can be consumed occasionally without compromising the metabolic adaptation that comes with low-carb eating. But they don’t really nourish your body… even though they’re technically low-carb, they’re still unhealthy. 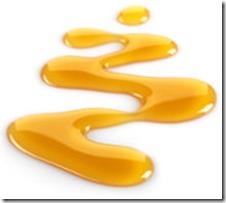 Given the known harmful effects of sugar, people have been looking for alternatives.

You will find this sweetener in all sorts of “health foods,” often with attractive claims on the packaging.

The problem with Agave is that it is no better than sugar. In fact, it is much, much worse…

One of the main problems with sugar is that it has excessive amounts of fructose, which can cause severe metabolic problems when consumed in excess (18).

Whereas sugar is about 50% fructose and High Fructose Corn Syrup about 55%, Agave contains even more… up to 70-90%.

Therefore, gram for gram, Agave is even worse than regular sugar.

See, “natural” doesn’t always equal healthy… and whether Agave should even be considered natural is debatable. 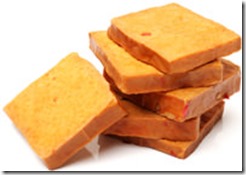 Vegan diets are very popular these days, often due to ethical and environmental reasons.

However… many people promote vegan diets for the purpose of improving health (which is questionable).

There are many processed vegan foods on the market, often sold as convenient replacements for non-vegan foods.

Vegan bacon is one example.

But it’s important to keep in mind that these are usually highly processed, factory made products that are bad for just about anyone, including vegans. 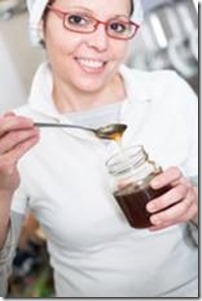 Brown rice syrup (also known as rice malt syrup) is a sweetener that is mistakenly assumed to be healthy.

This sweetener is made by exposing cooked rice to enzymes that break down the starch into simple sugars.

The absence of refined fructose is good… but rice syrup has a glycemic, which means that the glucose in it will spike blood sugar extremely fast

Rice syrup is also highly refined and contains almost no essential nutrients. In other words, it is “empty” calories.

Some concerns have been raised about arsenic contamination in this syrup, another reason to be extra careful and avoid sweeteners. 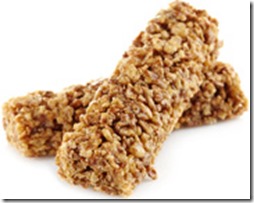 Unfortunately, the word “organic” has become just like any other marketing buzzword.

Food manufacturers have found all sorts of ways to make the same junk, except with ingredients that happen to be organic.

This includes ingredients like organic raw cane sugar, which is basically 100% identical to regular sugar. It’s still just glucose and fructose, with little to no nutrients.

In many cases, the difference between an ingredient and its organic counterpart is next to none.

Processed foods that happen to be labelled organic are not necessarily healthy. Always check the label to see what’s inside. 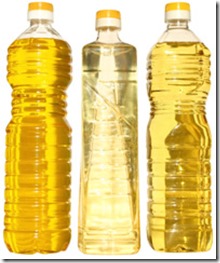 We are often advised to eat seed- and vegetable oils.

This is based on the fact that these oils have been shown to lower blood cholesterol levels, at least in the short term

However… it’s important to keep in mind that blood cholesterol is a risk factor, NOT a disease in itself.

Even though vegetable oils can improve a risk factor, there is no guarantee that they will help prevent actual hard end points like heart attacks or death, which is what really counts.

In fact, several controlled trials have shown that despite lowering cholesterol, these oils can increase the risk of death… from both heart disease and cancer

So eat healthy, natural fats like butter, coconut oil and olive oil, but avoid processed vegetable oils as if your life depended on it (it does). 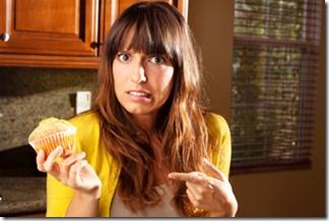 According to a 2013 survey, about a third of people in the U.S. are actively trying to avoid gluten.

A lot of experts think this is unnecessary… but the truth is that gluten, especially from modern wheat, can be problematic for a lot of people (25).

Not surprisingly, the food manufacturers have brought all sorts of gluten-free foods to the market.

The problem with these foods, is that they are usually just as bad as their gluten-containing counterparts, if not worse.

These are highly processed foods that are very low in nutrients and often made with refined starches that lead to very rapid spikes in blood sugar.

So… choose foods that are naturally gluten free, like plants and animals, NOT gluten free processed foods.

The way some breakfast cereals are marketed is a disgrace.

Many of them, including those that are marketed towards children, have all sorts of health claims plastered on the box.

This includes misleading things like “whole grain” or “low fat.”

But… when you actually look at the ingredients list, you see that it’s almost nothing but refined grains, sugar and artificial chemicals.

The truth is, if the packaging of a food says that it is healthy, then it probably isn’t.

The truly healthy foods are those that don’t need any health claims… whole, single ingredient foods.

Real food doesn’t even need an ingredients list, because real food IS the ingredient.